‘Failure’ IS an option

Day Seven and the floodgates have begun to open for Team GB success.  No less than seven more medals, three of them Gold, two of which came in the Velodrome in the Team Pursuit and the Womens’ Keirin.  The other was probably the most popular so far – for Katherine Grainger, three times silver medallist in the womens’ double sculls, but now with her team-mate Anna Watson an owner of the top accolade.  The other four were all Bronzes, two at Eton Dorney, another at the Judo, and the final one of the day in the pool for Rebecca Adlington in the 800m Freestyle, her second of the games. 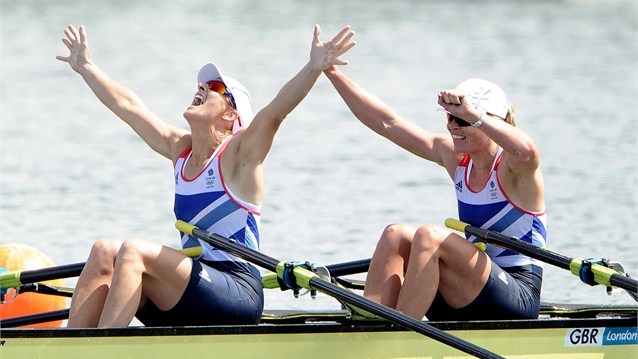 Rebecca’s race was won by a 15-year-old from the USA, who has improved her personal best by some eleven seconds in the last month alone.  Katie Ledecky took the lead from the start, and never let-off throughout the race.  At one point she was a second and a half up on Adlington’s world record, but could not quite hold that tremendous pace up the final length.  It was only to be expected that, at the press conference afterwards, the US Coaches should come under heavy questioning about substance-abuse.  There is, of course, no evidence that this young lady has anything to fear in that direction, but it was her team officials that opened Pandora’s Box earlier in the week, so it was only fair that they eventually reaped the whirlwind they created.

After the race, Becky Adlington continually-apologised in her TV interview but insisted that Bronze was not a failure.  Even the normally-dependable Clare Balding seemed to lose the plot momentarily, having to quickly withdraw any inference that this was failure after, presumably, the entire switchboard at BBC Centre lit-up with protest calls.   The public had finally had enough of their Olympians being knocked, especially when it was one they had taken to their hearts four years earlier, and the social media servers strained to keep up with the messages of support pouring-in for Britain’s most successful swimmer – ever.   In the words of Teddy Roosevelt, “It is hard to fail, but it is worse never to have tried to succeed.”

Statistics never lie, and they are that in terms of medals won in the pool, Team GB’s tally these games is identical to what it was four years ago.  The colours may be different, but two-thirds of them have been won, at both games, by Rebecca Adlington.  This time, she explained, she had found training more difficult, because she was older and could not recover as quickly as she could when four years younger.  As somebody approaching three-times her age, I can assure her that if she feels that way at twenty-three, she had better prepare herself for far more disappointment to come.  But possibly that also explains the phenomenon of Ye Shewin, Ruta Meilutyte, Katie Ledecky et al, in that swimming coaches around the world have simply identified the ideal age-range for rapid development in the sport.

If Becky’s apparent need to make such excuses was because she genuinely felt she had let everybody down, the immediate reaction to it from her adoring public showed her, at least, that she definitely hadn’t.  Somehow, however, following-on from the playing-down of her chances before her previous final, one suspects that she had, unsuspectingly, been drawn-into a PR damage-limitation campaign on the part of the officials in charge of the British Swimming squad to divert attention from their inability to deliver on overstated predictions.  None of that lack of delivery was down to any individual competitor, but rather those officials’ greed in nabbing as much funding as they could on the back of Beijing, a success that they could surely see was not capable of being improved upon.  The truth of the matter is that so many minor placings in finals have only been achieved through the supreme effort put in by the swimmers in front of their home crowd.

It is those officials, therefore, who have let their swimmers down by raising unrealistic expectations for them.  In this age of close scrutiny of public funding, maybe Ed Milliband’s almost daily call for a public-enquiry into anything that makes the headlines should be directed, this time, towards the ASA, and how they managed to obtain from his predecessor the level of public funding they received.