An article written for Sporting Life 360 website in August 2007  looking at the reluctance of all soccer authorities to embrace technology to aid the spectacle of their sport, despite most of what they needed being already available from the sport’s various broadcasters.   Unsurprisingly, over six years later little has changed, with just the reluctant acceptance of goal-line technology in the interim.

Only just over a week into the FA Premiership Soccer season here in the UK, and already there are two teams suffering a loss of points due to fundamentally poor refereeing decisions, both of which could have been avoided with some simple application of technology. 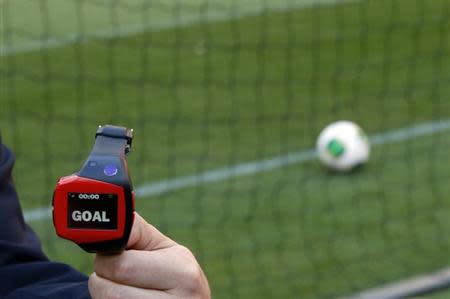 On Saturday, Fulham were deprived of an equalising goal due to both referee and assistant being ‘unsighted’ when the ball clearly crossed the line, as later shown by television footage. On Sunday, Chelsea gained one point and Liverpool lost two due to a penalty decision that again was clearly shown to be invalid on TV replays.

Don’t get me wrong, this is not going to be a ref-bashing article, far from it. Referees have enough to worry about with all the abuse meted out on them by players, managers and fans; they simply don’t need the avoidable stress and pressure that could be averted by a little outside assistance.