He was making his comments from the comfort of the massive World Cup Media Centre in Rio de Janeiro, but was he reflecting the mood of England fans in Brazil, or the atmosphere among the thousands of two-bit Fleet Street hacks whose long summer holiday watching the Girl from Ipanema had just been cut drastically short?  Because the greatest Truth to be faced here is that, were world cup success for our soccer team measured purely in back-page column-inches, then we would have won more trophies than Brazil and Germany put together. END_OF_DOCUMENT_TOKEN_TO_BE_REPLACED

Don’t worry, it’s doubtful it will land you in jail, even in Russia, where today Jenny Jones used one as part of her routine to land Britain’s first ever Olympic medal on snow, in the Women’s Slopestyle Snowboarding.   It is just one of the myriad of terms associated with the sport that we will all, no doubt, become familiar with over the next few days.   If you haven’t seen slopestyle yet, try and imagine doing a gymnastics routine in the middle of a ski-jump, on one ski, then doing it twice more – all in the same run. 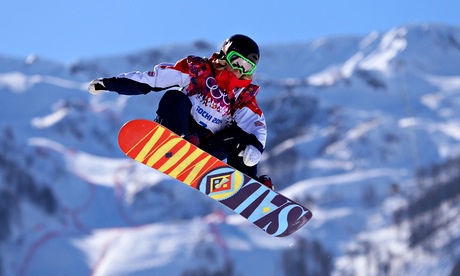 In these days of ultra-protectiveness, we don’t often encounter new sports that provide a true spectacle, but I have to confess that watching the men’s event yesterday was a bit of an adrenaline rush – and that was just on TV.  Listening to the commentators, however,was like encountering a niche art film without subtitles, but at least they seemed to understand what it was all about.  Which is more than can be said for their bosses who pulled a live interview with one of the British competitors, because he said ‘Huck It’ on air.  I looked the term up on a snowboarding website, which is obviously more than they did, and found the definition “uncontrollably throwing yourself into the air without any regard to personal or surrounding safety”.  From what I saw all of the competitors were doing that (see video below), so perhaps the BBC  should apologise to our Olympian for their misunderstanding. END_OF_DOCUMENT_TOKEN_TO_BE_REPLACED

Not so Special when it comes to History

If there is one manager in the Premier League who can be guaranteed to  make entertaining column inches from his interviews, it’s Chelsea’s ‘ Special One ’.  So it was no surprise that the back-page headlines this week were dominated by his comments after West Ham left Stamford Bridge with a doggedly-won point.   The quote that made the most headlines was: The only thing I could use was a Black and Decker to destroy their wall. That is not the best league in world football, this is football from the 19th Century.

I didn’t see the game, or any highlights, but the stats tell the story of just how one-sided a game it was.  With Chelsea having 72% of the possession, forcing 13 corners and making 39 attempts on goal, there wasn’t much in what remained of the game for West Ham to make too much of an impression on their opponents.  But perhaps the most telling fact as to why the home side dropped two points was their lowly nine shots on target, meaning that their manager’s complaints were born primarily out of frustration.   But were they also a fair reflection on the game in Victorian times? END_OF_DOCUMENT_TOKEN_TO_BE_REPLACED

Back at the end of the summer series, I commented that there wasn’t much between these sides, and certainly the three-nil home series result was flattering.  It would seem that, in a very short time, the Aussie coaches used the relative adversity of that result to stoke-up the performance levels in their squad – and it worked.   Harris has carried-on his good work of the summer – that opener of the second innings in Perth that got Cook was one of the best innings-first-balls I have ever seen;  in fact, had I bowled one like that, I might just have announced my immediate retirement, knowing I would probably be unable to reproduce it. END_OF_DOCUMENT_TOKEN_TO_BE_REPLACED It is one thing for spectators to part with their hard-earned to watch a fifth day that ultimately peters-out to a meaningless draw aided by the capricious English climate; such is the lot of a cricket fan, and ever will be.  But when a match is potentially rescued from such a fate by some positive captaincy, and devil-may-care batting, to lift the crowd towards a memorable climax of a one-sided series, why on earth should anyone want to pull the plug with just minutes left? END_OF_DOCUMENT_TOKEN_TO_BE_REPLACED