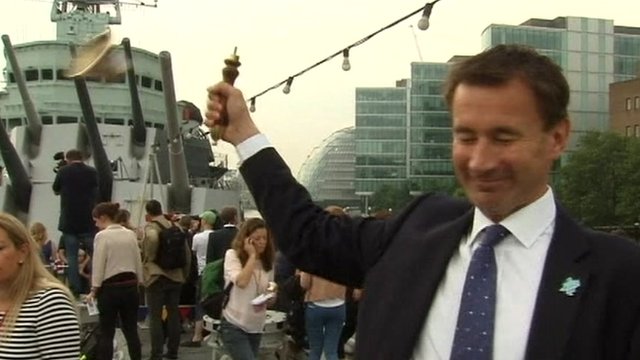 I have turned the radio on once so far today, and the TV twice.  Both times they stayed on for less than five minutes, before being turned-off with a hurrumph.  The three stories that caused me to do that were:

I really do hope everything goes well, especially if it shuts those BBC cretins up for a couple of weeks.   I would also like to think that I can keep up my entertainment programme for today – exploring long-dormant nooks and crannies of my music collection – over the next two weeks, other than for the obvious iconic moments.  But with the sudden appearance of forty, yes forty, different BBC Olympic Channels on my Sky Planner this morning, I fear that may be a forlorn hope.

Hopefully I will be lured by something less banal than yet another new ‘face’ appearing on the screen, standing on a bridge in the Olympic Park, explaining in miniscule detail the fireworks barges on the water behind him, then breathlessly revealing that he had heard the opening music for tonight’s ceremony, but he couldn’t possibly tell us what it was unless he prostrated himself across the top of one of those barges and awaited his fate.

I did think about texting him saying I had already guessed it – “Oh Danny Boyle, the hype, the hype is calling….”