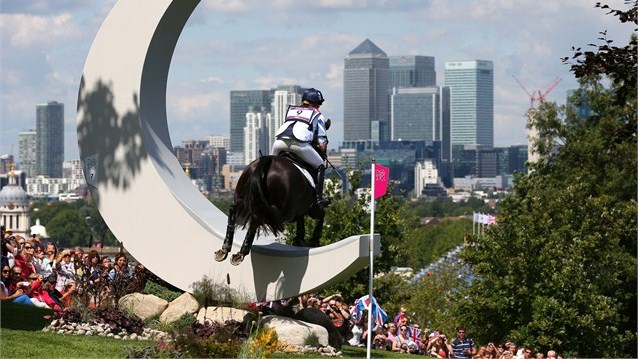 That they achieved it was partially down to twelve-thousand slightly-biased fans cheering them to the rooftops, but primarily to a coolness under pressure that eclipsed even Japan’s world-champion male gymnast, who fell off the Pommel Horse in their last routine to give our boys a momentary glimpse at the possibility of Bronze turning to Silver.   That the Japanese were not demoted was, properly, put right by the officials, but it mattered not one jot to a bunch of lads who over-achieved magnificently and will no-doubt use this success as a launch-pad for further success moving forward.

That is what these games are all about, laying the foundations for the future of all UK Olympic sport teams, and day three saw all manner of solid progression in other disciplines.  The eventing team moved to second place in the team event with one discipline to go, several boats qualified for rowing finals, we seem to have a swimmer in nearly every final at the pool, tennis players are not being knocked out in round one, and so it goes on.  For me, there were two other huge achievements yesterday outside of those ‘expected’.  Zoe Smith set a new British record in the weightlifting in her first Olympics at the age of just eighteen, and did it having failed her second lift.  To return to the dais and nail her final attempt was very impressive.   But there was one other result that came at gone-midnight from a team that had never competed in an Olympics before, anywhere.  The Ladies’ Volleyball team, a squad that was only formed six years ago, won their first-ever Olympic match by beating Algeria, a team rated at least twenty places higher internationally, and they did it by coming-back from being one set down – twice!

Of course, there were a few disappointments, chief among which was the fourth place achieved by Tom Daley and Pete Waterfield in the synchronised diving.  How this young lad, who has been made a poster-boy of the games by an unrelenting media at the age of just eighteen, coped with the after-event media scrum was no less than admirable.  That he was also able to deal with being negatively-tweeted by an internet troll, forwarding it on so that everybody could see what he has to deal with, deserves everyone’s respect.  It is good to hear that someone has been arrested in connection with the offence.  Let’s hope they have a suitably damp bridge to jail it under.

Of course, it is not surprising that such behaviour should occur when the news arm of the Games’ main broadcaster is encouraging such negativity by wandering around constantly whingeing about Team GB’s lack of success.  On last night’s ten o’clock news, Huw Edwards was beginning to sound almost Kevin-esque as he demanded to know where our first Gold might be coming from.   If the lack of this desired metal continues, one could imagine him morphing slowly over the next week or so into some slavering Golem-character, opening his bulletins by looking into the camera and asking where the “precious” is.

He was ably assisted, once again, by BBC Troll-in-Chief David Bond who, having had hundreds of complaints posted on his blog about the way he treated Mark Cavendish on day one, has switched his attention away from aggravating athletes to aggravating politicians and officials about empty seats.  When his latest ‘angle’ that the government are drafting in the troops to fill them failed to make much of a point, he switched to transport problems, only to find that there weren’t any of those either, reporting off-handedly: “we were all expecting it to be Armageddon, but in the end the transport network seemed to cope.”  So he finally switched back to Team GB-bashing, highlighting  that we are only twentieth in the medal table, a media-creation that would doubtless cause Pierre de Coubertin to do a fol-de-roll within his crypt.

Does anyone have the phone number for Big Billy-Goat Gruff?