Back in the summer of 1969, the world’s eyes were on just one thing – the moon – awaiting the first man to set foot there.  Around the same time, a haunting song began receiving airplay telling the story of a stranded astronaut, Major Tom, sitting in a tin can far above the moon and musing that planet earth is blue, and there’s nothing I can do.

This was my introduction to David Bowie and, along with thousands of others, I bought the original mono single – although not enough of us did so to get it too far into the top twenty.  It eventually made the grade six years later and topped the charts as it really should have done at the time of its genesis.

By the time that belated first number one arrived in 1975, both alter-egos of Ziggy Stardust and Aladdin Sane had been and gone, and Bowie had moved on to what he termed his plastic soul phase.  So while a somewhat different promo video of Space Oddity, showing Ziggy singing it, was rounding-off that week’s Top of the Pops, Bowie was on tour with a brass section squeezing-out sax-riffs for Young Americans and Fame.   But that was Bowie, always years ahead of his time. END_OF_DOCUMENT_TOKEN_TO_BE_REPLACED

Another Hidden Gem – Sam Eason at the OTR

I first came across Sam Eason a couple of months ago when he supported Scott Matthews at the Colston Hall in Bristol, and was really impressed with his short set.   So when I saw a poster for Sam Eason & Friends at this super venue, I decided to pop along last night to see how he would be as a headliner. At the Colston Hall, he performed his own songs with a friendly and relaxed air.  He quickly built a good rapport with his audience, raising  a smile with his occasionally self-deprecating little links between the songs.  Armed with acoustic guitar and looper, his music is very much in tune with the current crop of singer/songwriters, with observations on life and love, told from the viewpoint of an observer who appreciates the lighter side to life.  He was joined there for the last two songs by his wife, Beth, whose harmonies fit his vocals perfectly, and it is easy to see where the inspiration for his uncomplicated love songs comes from.

He has produced three EPs since 2011, plus a digital album of demos and covers, and I bought the latest EP called Leave the Dark Low that night, the title track being the opener for his set at the Old Theatre Royal, and one well-deserving a wider audience. END_OF_DOCUMENT_TOKEN_TO_BE_REPLACED END_OF_DOCUMENT_TOKEN_TO_BE_REPLACED

The brief provided to corporate image consultants in the lead-up to a recent multi-billion pound merger described how the new group wished to adopt a name and logo that should reflect the demographic of their target market.

Several proposals were submitted for consideration including this one, which was quickly rejected: 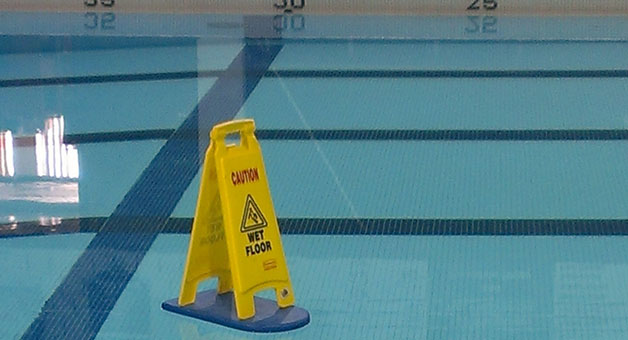 When you know you’re swimming against the tide